Harland Miller is both a writer and an artist, practising both roles over a peripatetic career in both Europe and America. Born in Yorkshire in 1964, Miller received his BA and his MA from Chelsea College of Art and went on to live and work in New York, Paris, Berlin and New Orleans, exhibiting his work internationally. Miller’s work explores the relationship between image and text, marrying aspects of Pop Art, abstraction and figurative painting with his writer’s love of words.

His solo exhibitions include those held at the White Cube in London, Blain Southern in Berlin, Marianne Boesky Gallery in New York, and the Royal Academy of Arts in London. 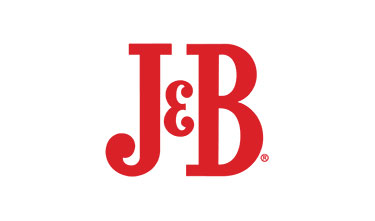 J&B cares for the Rare by supporting Tusk Trust.

Justerini & Brooks was established in 1749 and have supplied wines and spirits to the British Royal Family during nine successive reigns.

When Scotch whisky began to establish itself as a serious alternative to brandy during the 1880s, Justerini & Brooks was quick to acquire stocks of whisky in Scotland. Once Prohibition in the US ended in the early 1930s, J&B Rare was developed as a lighter, smoother whisky to replace the harsh products of illicit stills.

Promoted as the wine merchants’ whisky, J&B Rare was an act of blending mastery, bringing together the big bold flavours of single malts with lighter grain whiskies to give a fresh and vibrant finish to the blend.

… the Rhinos are here!

Find the location of every Tusk rhino easily with this printable map and 3 word addresses.